Charmion N. Kinder has played a role in extending the reach of government, political, non-profit, business and advocacy organizations with her communications expertise in philanthropic and community-based initiatives for two decades. As the founder of CNKinder, Inc., a social impact incubator and Director of the Office of Communications at the Peace Corps as a Presidential Appointee of the Biden-Harris Administration – Charmion works tirelessly to solve big challenges, launch new projects and expand the common good. 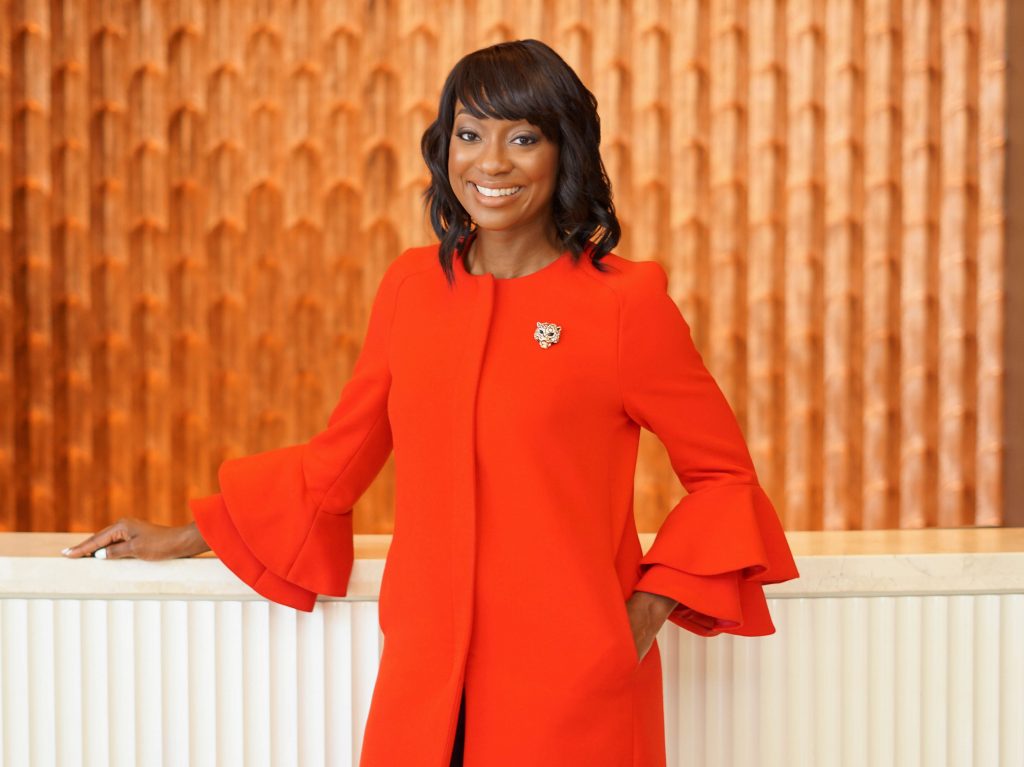 Charmion has played a role in extending the reach of government, political, non-profit, business and advocacy organizations with her communications expertise in philanthropic and community-based initiatives for two decades. As the founder of CNKinder, Inc., a social impact incubator and Director of the Office of Communications at the Peace Corps as a Presidential Appointee of the Biden-Harris Administration – Charmion works tirelessly to solve big challenges, launch new projects and expand the common good.

Recently, as the Head of Global Public Relations for Global Citizen – a movement of engaged citizens who are using their collective voice to end extreme poverty – Charmion planned, advanced and directed media relations strategy for the organization’s social impact, advocacy and policy-focused initiatives. This included the organization’s most recently executed campaigns “One World: Together At Home,” an initiative that drove $127 million in commitments and “Global Goal: Unite for Our Future,” an effort that coalesced the philanthropic, government and business communities to pledge $6.9 billion, in an effort to support global frontline healthcare workers and make COVID-19 treatments accessible in the fight against the global pandemic.

A former White House press aide to First Lady Michelle Obama, Charmion previously served the Obama Administration from as a public affairs appointee within the Departments of Housing and Urban Development and Commerce, and believes that “service is the rent we pay for life.” Her work has also included executing strategic communications management for organizations including: The Walt Disney Company, Discovery Education, Edelman, the Ad Council, My Brother’s Keeper Alliance, Special Olympics and SEIU.

During her time at Discovery Education, as the Director of Communications for Corporate Education Partnerships, Charmion oversaw targeted press engagement for ed tech impact initiatives that aimed to uplift 51 million students around the globe. At My Brother’s Keeper Alliance (MBK Alliance), she provided strategic communications counsel for the organization’s work to expand opportunities for boys and young men of color.

Prior to her service with MBK Alliance, Charmion managed corporate social responsibility communications at The Walt Disney Company. As a key member of Disney’s Corporate Communications team, she developed engagement campaigns that elevated the company’s reputation and influenced kids, families, and communities that needed inspiration most. In 2015, the company contributed more than $333 million through charitable cash giving, product contributions and public service announcements, to charitable organizations domestically and globally.

In service to the Obama Administration from 2009 to 2013, Charmion aided former President Barack Obama as a political appointee in ranging public affairs capacities, including: Assistant Press Secretary for the U.S. Department of Housing and Urban Development (HUD), Associate for the Press Office of First Lady Michelle Obama where her work enhanced communications, research and strategy-based support for the First Lady’s Let’s Move! and Joining Forces initiatives, and Special Assistant for the U.S. Department of Commerce (DOC).

In 2008, Charmion joined Obama for America as a field organizer for the Missouri Campaign for Change. Her work as an organizer empowered targeted communities across Kansas City’s urban core – including more than 14,457 voters in 32 precincts – to collectively plan, implement and manage multiple voter contact, outreach and GOTV events. Collective efforts resulted in the historic election of the 44th President of the United States. Preceding her political career, Charmion worked as Assistant Campaign Manager at the Ad Council, Inc., where she managed the distribution and promotion of several key campaigns including: childhood obesity prevention, nutrition education, stroke awareness, diabetes prevention and online sexual exploitation prevention. Charmion was responsible for expanding social awareness platforms through guiding the strategic development, creative design and targeted outreach of Ad Council PSAs.

From 2004 to 2007, Charmion was employed with Edelman, an international public relations agency. There, she advised ranging clients with Edelman’s healthcare and corporate social responsibility practices, based both in Washington, D.C. and in New York, NY. While there, she contributed a wealth of knowledge to alliance development, issues advocacy outreach and healthcare solutions.

At the start of her career, Charmion worked with a range of non-profit political initiatives, including: America Coming Together (ACT), the Hip Hop Summit Action Network (HSAN), and the National Coalition on Black Civic Participation (NCBCP) to facilitate non-partisan campaigns that focused on encouraging voter empowerment through the collaboration of voter registration, education and protection.

Charmion enjoys reading, dancing, inspiring others and empowering communities of promise through mentorship in her spare time.