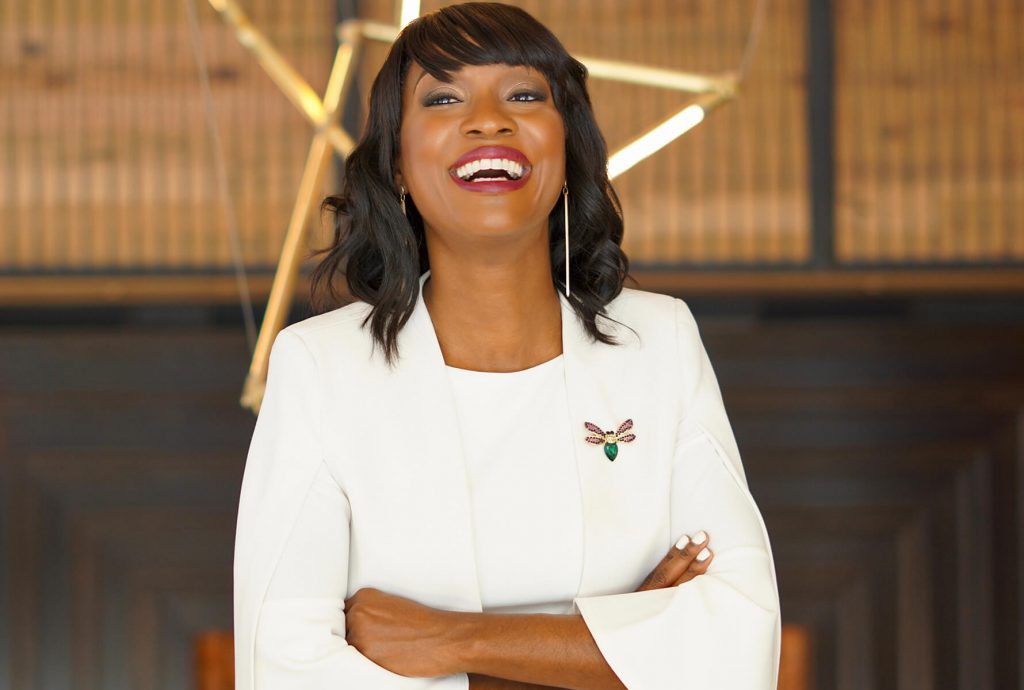 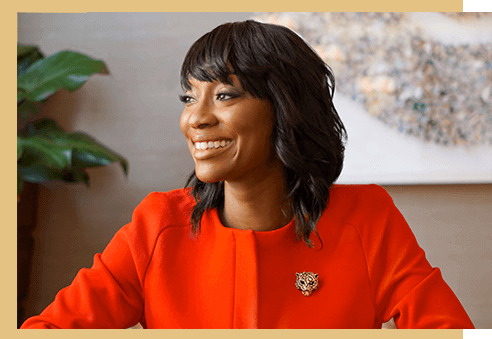 Charmion N. Kinder is a master communicator, social impact advocate and corporate responsibility strategist with two decades of experience in executing influencer campaigns that promote transformational change for the next generation of American leadership. As the founder of CNKinder, Inc., a social impact incubator and Director of the Office of Communications at the Peace Corps – Charmion works tirelessly to solve big challenges, launch new projects and expand global common good.

Recently, as the Head of Global Public Relations for Global Citizen – a movement of engaged citizens who are using their collective voice to end extreme poverty – Charmion planned, advanced and directed media relations strategy for the organization's social impact, advocacy and policy-focused initiatives. This included the organization's most recently executed campaigns "One World: Together At Home," an initiative that drove $127 million in commitments and "Global Goal: Unite for Our Future," an effort that coalesced the philanthropic, government and business communities to pledge $6.9 billion, in an effort to support global frontline healthcare workers and make COVID-19 treatments accessible in the fight against the global pandemic.

A former White House press aide to First Lady Michelle Obama, Charmion previously served the Obama Administration as a public affairs appointee within the Departments of Housing and Urban Development and Commerce, and believes that “service is the rent we pay for life.” Her work has also included executing strategic communications management for organizations including: The Walt Disney Company, Discovery Education, Edelman, the Ad Council, My Brother’s Keeper Alliance, the Hip Hop Summit Action Network (HSAN), the National Coalition on Black Civic Participation (NCBCP), America Coming Together (ACT), Special Olympics and SEIU.

Charmion’s work as a change agent began after graduating from the Howard University School of Communications, where her efforts to inspire 21st century ingenuity have since promoted global responsibility, civic engagement, and diversity and inclusion, for the purposes of building a better world. Charmion earned certification from Harvard Business School's CSR Executive Education Program in 2016 and she is also a Google Next Gen Policy Leader. She is a member of Delta Sigma Theta Sorority, Inc., hails from New Haven, Conn., and enjoys empowering communities of promise through mentorship in her spare time. 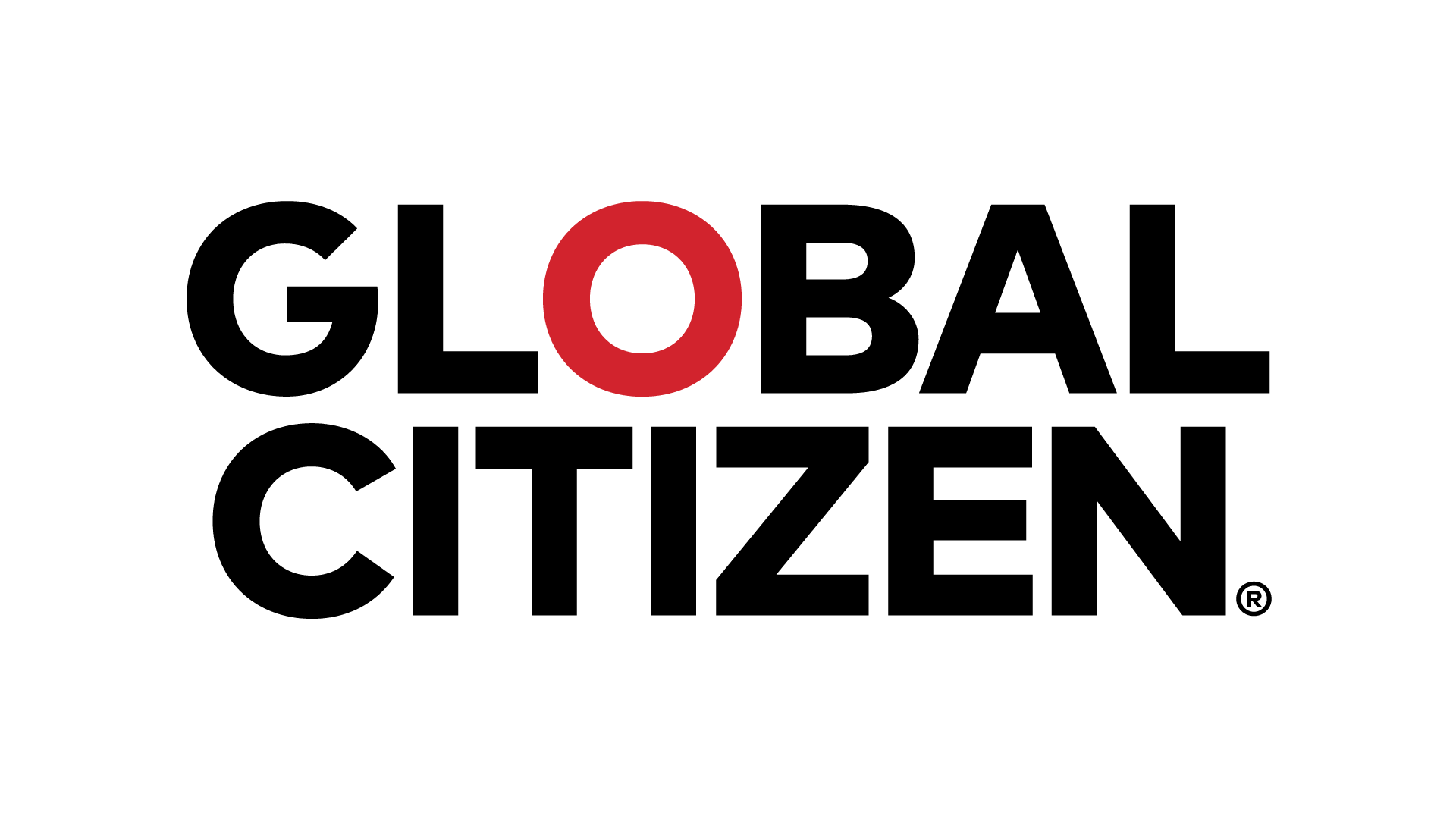 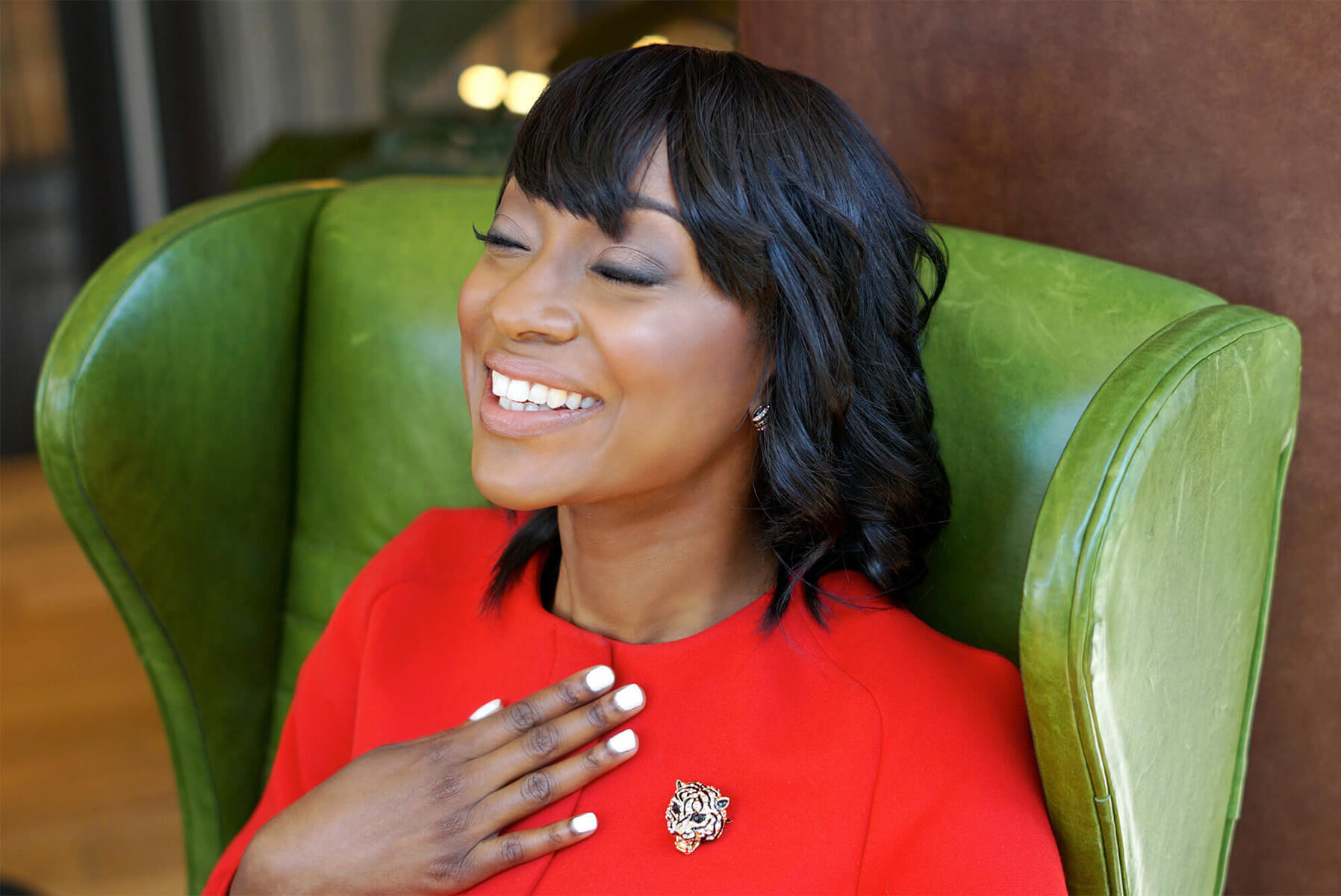 It is rare that you meet someone like Charmion Kinder in your lifetime. I met Charmion when she was a sophomore at Howard University because she volunteered for at event hosted by the Rainbow/PUSH Coalition to assist undeserved students. After the event she and several of her friends began to volunteer at different events. I was so impressed with her passion and work ethic that I hired her once she graduated college. Charmion has accomplished a lot since college, but what I think of is a person who seeks to help, a stranger, a federal department a colleague, or even the White House -- she adds value anywhere she goes. Charmion has excellent communication skills, in addition she is extremely organized and reliable and is a natural problem solver. Charmion has been a tremendous asset everyplace she has volunteered or worked since Howard University. She has my highest recommendation. 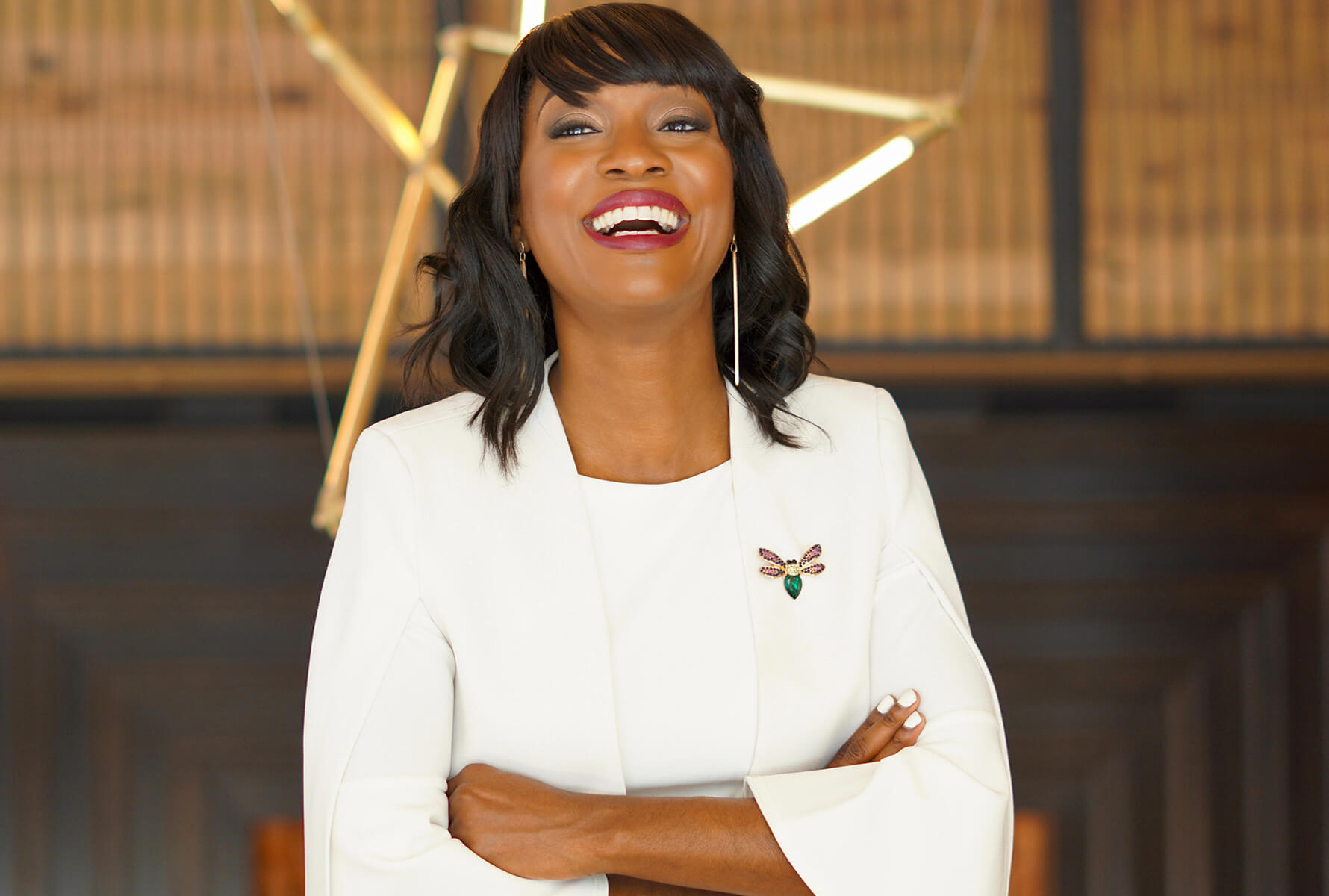 I had the privilege of managing Charmion Kinder when I ran programs and communications for Corporate Citizenship at the Walt Disney Company. I also worked with Charmion during her time at the Office of the First Lady, when I served at the White House. I found Charmion to have a rare combination of strategic perspective and skill, as well as a focus on detail and execution. In addition, Charmion is a natural leader who is a delight to have in any office environment. She makes every project and every team so much better with her presence. 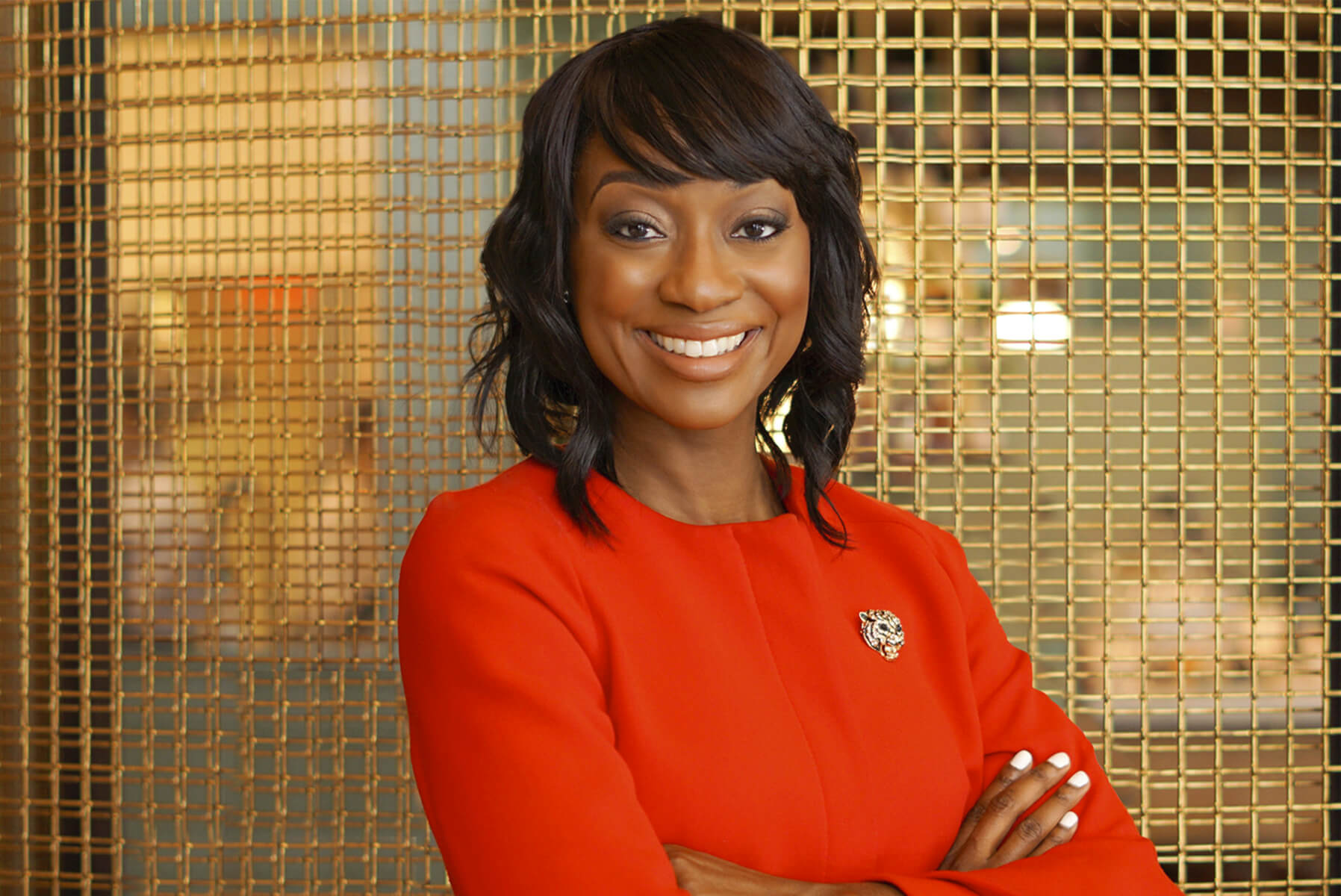 Charmion is a savvy communications professional with great character and proven loyalty. She’s excelled at the heights of government and the private sector all while staying true to her North Star: using her talent to expand opportunity for all young people, regardless of their background.

Charmion is a seasoned strategist and trusted communications counselor. She brings a client-centered approach to her work and leverages her varied experience in corporate, government, philanthropy and non-profit sectors to inform her work. Charmion also brings an impressive body of work and track record of success.

Charmion is the ultimate professional, with a dynamic depth and breadth of experience that spans politics, sports, advocacy and entertainment. She commands an impressive understanding of how social impact connects across traditionally siloed streams of influence, and she has been a tremendous advisor and asset to HIP Football’s efforts to revolutionize to future of football for the nation’s youth.

Charmion has a unique capability to bring grace and collaboration to bold and strategic communications strategies that deliver results. Not only is she whip smart, inspiring, innovative and has a strong eye for often overlooked details, she makes everyone she works with -- whether internally or in the world -- feel their voice is valued. I'm grateful to not only have done amazing work with her, but have also benefited substantially from her mentorship in my career.

Charmion is one of the most versatile pros I’ve seen in action. She’s a strategic thinker, writer, all-purpose comms guru, and a gifted client liaison whose leadership I wish we had on every project.

Charmion is a breath of fresh air. Her work is always executed with razor sharp focus, clarity and more importantly at the highest level of class and integrity. I am not only honored to call on her in times of professional need, I'm honored to call her friend.

Charmion is a dynamic and strategic communications master. She always shares insightful, meaningful recommendations that engages people and made them want to get involved. Her positive, supportive attitude has had a tremendous impact on me, as well as the countless partners whom we interacted with. Her passion for social change is contagious. Charmion is both a doer and a true leader who is committed to influencing change in our communities.

Charmion is a meticulous professional that provides strategic communications and public relations strategies to her clients, friends and colleagues. She never hesitates to be creative and innovative in her ability to deliver value-driven results.

Engaging, empathetic, and unwavering – all describe Charmion so well. She’s committed her life to telling stories that help underprivileged individuals reach their full potential, while inspiring others to get involved as well. She’s an incredible example of the modern-day communicator who uses the latest - most relevant - tools to make sure her message resonates. She’s a top player in the communications industry - hands down.

Charmion has always been the person I go to for insight and advice, no matter if it’s personal or professional. She’s a maven at curating unique brand collaborations and impactful experiences. Additionally, Charmion’s attention to detail and ability to multi-task in high pressure situations is highly admirable. She has not only impacted my understanding of business and connectivity, she has made me a better woman.

Charmion does meticulous, thoughtful and impressive work to bridge communities, serving youth in neighborhoods across the country who need advocates most.